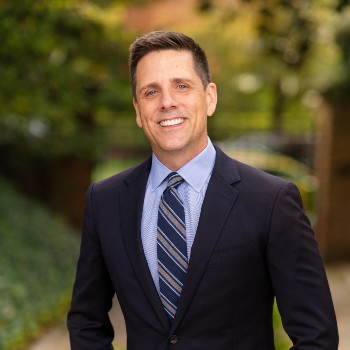 When working with Matt Ackland, you are working with someone who has extensive knowledge of the housing market across DC. For years, Matt has successfully navigated clients through aggressive markets. It doesn’t matter your budget, Matt is ready to help.

Matt began his career in television at WCJB in Gainesville, Florida while at the University of Florida. From there he moved south to Naples, Florida where he worked as the Collier County Bureau Chief at WZVN/WBBH-TV. Matt accepted a reporting position at the highly respected television station, WTMJ-TV in Milwaukee, Wisconsin. In Milwaukee, Matt covered a wide range of stories, including local and national politics. Matt conducted one-on-one interviews with then, Secretary of State Madeline Albright and Vice President Al Gore. In 2002, Matt accepted a job at WTTG here in Washington, D.C. It was a dream come true to work in the nation’s capital.

From 2014-2017 Matt was nominated, Best Local TV Personality, by the Washington Blade newspaper. He has received two Chesapeake AP Broadcasters Association Awards and the Edward R. Murrow Award for his coverage of a major downtown fire in Annapolis in 2006. Matt was recognized as a top producer by Washingtonian Magazine from 2019-2021. Matt currently ranks among the top 1.5% of agents in the U.S according to Real Trends (WSJ).

Nancy introduces Matt Ackland and asks him how his career in television news helps him with real estate. Matt provides best tips for sellers and new buyers.

Matt is a proud Washington D.C. resident, currently living in the Logan Circle neighborhood with his partner Brendan, and their two Portuguese Water Dogs, Garvey and Moxie.

“Matt and the team at WFP made buying a home easy and stress-free, and all while making sure we received the best value. We had a quick, 21-day closing on our new home and an even quicker 10-day closing on the sale of our condo. Matt worked fast and smart, stayed communicative with us regardless of the time or day, and guided us through all of the processes. This had been our first non-condo purchase, and Matt and his team made the entire process seamless.”

“Matt was highly recommended to us through a friend, so we had high expectations from the get-go. Matt exceeded every single one of them! We were purchasing from out of town, so our initial contact was through phone calls and e-mails. Matt was personable and professional and exceptionally responsive. He immediately understood our needs, as well as our time limitations, and came up with an ideal list of properties for us to see. We spent two enjoyable days looking at properties with Matt and quickly found the home that we wanted to buy.”

As great as Matt was with helping us find the home, he really excelled throughout the offer, negotiation, and closing process. Matt did research into the history of the home and arranged a pre-inspection so that we could see what issues we might face with this older home, as well as the potential it held. We negotiated terms we were extremely happy with and closed quickly. However, closing didn’t end our relationship with Matt. Since we were out of town and needed to do some work on the home, Matt shared with us a fantastic resource book put together by his group and provided access to tradespeople we needed to allow in to the home. His advice and help have been invaluable.

Every step of the way, Matt went above and beyond to make the process of finding and buying our home not only seamless, but also really fun!”

As a journalist, Matt built an enviable reputation through hard work, attention to his craft, and integrity.  In the hyper-competitive world of television reporting, the temptation exists to cut corners or twist narratives for short-term gain.  In more than a decade covering District politics, Matt’s character and honesty were never questioned. The skills, which made Matt a top tier journalist, make him an excellent addition to Nancy’s distinguished team of professionals.”

“I had a great time looking for and buying a place with Matt. He was extremely helpful with all my questions and concerns and made buying a home such an easy experience.”

“Matt was fantastic. He helped my girlfriend and I find our dream house at the perfect price in a difficult market for buyers. I can’t recommend him enough. He’s incredibly knowledgeable, patient, and diligent.”

“I highly recommend working with Matt. He was very flexible and accommodating of my schedule in terms of setting up time to see places. He spent multiple days just driving from place to place that I wanted to see. The other great thing about working with Matt was that it took him very little time to get an understanding of my taste and he was able to recommend apartments that he knew would work with my preferences. He was never pushy and never rushed me. Because of him, I am now living in my dream apartment that checked every box I provided to him.”

“From start to closing, Matt was attentive, thorough and shared valuable insight at every step. He was prompt when responding to my questions (at any time of the day) and was gracious when answering my dumber questions. I can’t overstate how grateful I am to have worked with him and the other folks at WFP. I look forward to sharing my experience with Matt and WFP to everyone around me.”

One purchase and one sale…

“We have worked with Matt Ackland two times in 2019, one purchase and one sale. Both times Matt was quick to respond, very thorough, and knowledgeable on all aspects of the transactions. Buying or selling real estate can be very stressful, Matt helps to move everything along in a calm easy-going manner. We wouldn’t hesitate to use or recommend him.”