In the late 1700s, the rural farmland that would eventually become Kalorama was outside of L’Enfant’s original plans for Washington City. While the neighborhood became popular place to live before the Civil War, portions were destroyed during the war itself. In the early 1880s, Boundary Street (what is now know as Florida Avenue, NW) was the outermost limit of the city. In

1893, the U.S. Congress ordered L’Enfant’s city plans to extend outward to include what makes up the current-day District of Columbia. At the time, existing communities were exempt from complying with the city plan, which is why the streets of Kalorama today do not comply with the strict grid system found throughout the rest of the District.

Today, an eclectic mix of home styles line the streets of Kalorama, including Georgian Revival, English Arts and Crafts homes, and Mediterranean stuccos. Many of the well-maintained homes also feature beautiful gardens, which enhance the area’s sophisticated atmosphere.

Today, Kalorama is primarily a residential area but it is within easy walking distance of DuPont Circle and all the amenities that neighborhood has to offer. 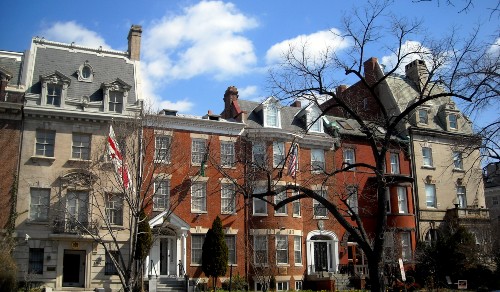 Of the roughly 175 diplomatic missions in the city, the majority are located on or near Embassy Row. 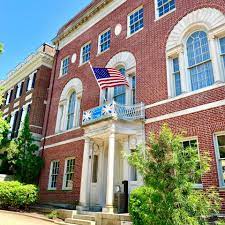 Formally named Decatur Terrace Steps and Fountain, the nickname is a reference to the Spanish Steps in Rome.